I have always loved to use a planner. From the time I was little my mom said she would fight me to go to sleep because I would be awake color coding and drawing out my schedule for the next day. As I grew up I found comfort in planners. The pencils, erasers, and the pens! Oh the pens! In middle and high school I used a planner every day to keep track of my homework. After I graduated and went off to college I realized how helpful a planner was for my everyday life.

As I started to nanny a family with twelve kids I realized that I needed to up my planner game. Juggling that many people’s schedules and my own school schedule proved to be challenging. I looked and looked and wasn’t able to find the “right” planner. Fast forward a few more years and a few more families that I nannied for and I came upon the most amazing planner! THE MORMON MOM PLANNER!!! The first year it was available I had no kids, but still bought it because it made so much more sense than any other planner.

I used my planner, I thought, quite a bit that first year. The second year the same, and by the third year I had my first kid. My planner took on a whole new meaning. I had to keep track of a little human. The pediatrician wanted a count of how many wet and dirty diapers he had, when he napped, how much he ate. Being so sleep deprived and not having a clue what I was in for as a first time parent I relied on my planner a ton. As my son grew out of that phase my planner went back to what I would now consider light use. I used it to keep track of the basic appointments here and there. Things that most people would put on a calendar.

My planners stayed in light duty mode until October of 2017. My second son was due to be born in the end of January 2018. We got in a car wreck on the freeway. We were stopped in traffic and the car behind us didn't see that traffic had slowed and stopped, so they hit us at full speed. We spent hours over the next months in hospitals because I had started contractions at the time of the accident. My son did come in December 2017. The doctors said that due to the accident he came so fast that did not breathe for the first 20 minutes of his life. Those were the longest minutes of my life. After a respiratory team came in and revived my newborn baby they took him away to the NICU. I did not get to see my baby until almost 8 hours later. Never had I prayed so hard and pled with Heavenly Father to let me meet my little boy. Eight hours later and a whole lot of stress I was able to meet my little miracle "BLUE" baby. His whole body continued to turn blue, like blueberry blue. Doctors watched and waited to see if he would make it. They still have not been able to pinpoint why he turns blue, but at least now, a year later, it is generally sticking to his legs and feet.

Once we finally were able to take our sweet little NICU baby home, we were once again in newborn baby mode. Diapers, eating and sleeping all had to be written down. Back to medium use of the planner. Appointments to check on him were intermingled in with follow up appointments for me.

I felt like things were starting to mellow out and we were becoming boring again. Some people hate to be boring, but it is by far my favorite thing to be. June 11, 2018 we were rear ended again. This time with all four of us in the car. Mom, Dad, a three year old and an almost six month old baby. It was bad. The two little boys and I all got traumatic brain injuries. My husband and I had severe whiplash. After that my planner became my brain. I was gone. I couldn't remember my own phone number or birthday when people would ask me. We added so many different appointments and I was so glad that I had my planner so that I could at least pretend to be keeping track of everything.

My three year old has constant appointments with speech therapists, occupational therapists, behavioral therapists and neurologists now. My baby started to throw up everything that he ate so we spent months in Gastrointestinal Specialists, Neurologists and Pediatricians' offices. My husband was in physical therapy and seeing a chiropractor. I have a neurologist, a neuropsychotherapist, a speech therapist, a physical therapist, a chiropractor, an acupuncturist, and a massage therapist. The only way to keep track of the countless number of appointments has been my planner.

As time has continued and we have made progress my neurologist and my speech therapist ask to see my planner. They say that it has been the best indicator for my progress. I went from needing other people to write appointments in it for me. To me being able to do it myself, but needing to write down the most basic things like "brush your teeth," "change the baby's diaper," and "turn off the stove." I have made leaps and bounds and am finally able to write down important tasks that need to be done in a day and less of the daily necessities.

I have had so many people ask how I am able to keep track of everything and how I am able to function. On multiple occasions I have been almost in tears explaining that my life would be absolute chaos without my planner. As terrible as it sounds I use it more than my scriptures. I know that I would not be as functioning as I am today without my planner. I know that Melinda did not design this planner specifically for me, but I know that she was absolutely inspired to make it and to share it with us.

My planner may not be as pretty as some with their stickers and scrapbooking styles, but it serves me well and is a great reminder for me of where I have been and how much I have overcome to get to where I am. 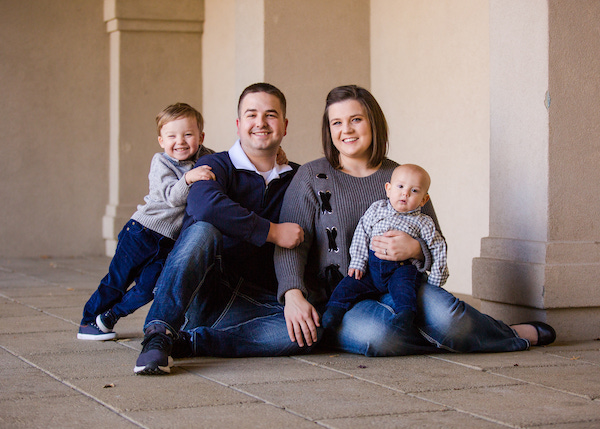